This was an election unlike any we’ve ever seen before! One of the hot topics was about voter suppression. It isn’t new and it’s not going anywhere.

In the sixth episode of the #SignVote Series: Election 2020, learn what voter suppression is and how it affects us. If you enjoyed this video, please share!

Special thanks to ASLized, DPAN.tv, National Association of the Deaf, and The Center for Democracy in Deaf America!

[TRANSCRIPT with visual descriptions: Video begins with a montage of historical footage of people voting. Text on screen reads: VOTER SUPPRESSION. SignVote logo appears before transitioning to Kriston Pumphrey, a biracial mid-thirties gentleman with short trimmed salt and peppered beard wearing a black polo top and dark gray vest. He sits in front of an animated background. As the video progresses, graphics appear on screen to support his message. Kriston’s message is in American Sign Language and accompanied by voiceover.]

2020 has been fascinating. Many things have happened this year that were disruptive, uncertain, and confusing, especially about the election. In our previous episode, we talked about misinformation and disinformation. In this episode, we are going to discuss voter suppression, what it is, what it looks like, and how it impacts this election. Did you know that certain states, candidates, and parties have been accused of preventing voting opportunities, making it harder for certain groups of people to register to vote in the name of “voter fraud.”

But that doesn’t check out. Researchers and critics, these groups are just making it harder to vote. There’s no real reason for disenfranchising voters, but let’s explain why this is happening.

Based on a recent publication by the Brennan Center for Justice titled, “The Truth About Voter Fraud,” humans have a higher chance of getting struck by lightning than committing voter fraud. Seriously, you’re more likely to get struck by lightning. Even federal government research supports this.

Voter suppression is a particular tactic that aims to prevent specific groups from voting. The goal is to influence the overall results in support of a specific party, candidate, or policy. Throughout the 2020 Coronavirus pandemic, we’ve seen the term “fraud” come up often. Maybe you’ve heard the president talking about it regarding mail-in or absentee ballots. But these have been used long before this pandemic, during the 1918 Spanish Flu outbreak, and even during the civil war. Recently, in the last two federal elections in 2012 and 2016, roughly 1 in 4 Americans voted by mail. Since the early 2000s, over 250 million votes have been cast by mail, and this trend has been growing ever since. Fraud rates have not changed; they remain minuscule.

Voter suppression predominantly impacts people of color compared to white voters. Outside of race, voter suppression seriously impacts women, people who self-identify as transgender, the elderly, students, people with disabilities, low-income households, and those experiencing homelessness. A good example of voter suppression is purging the voter rolls. This means eliminating people’s names from the voter rolls. Each state has a full list of everyone eligible to vote in their state. If done correctly, the purge is meant to ensure that voter rolls are dependable, accurate, and up to date. This means removing duplicate names, people who have recently moved or passed away or are no longer eligible to vote. The process of removing names can cause serious problems, especially when eligible voters show up and discover their names missing from the registry. When this happens, it’s too late, and they can’t vote.

A good example of this happening occurred in 2018 in Georgia. Over 100,000 names were removed from the voter registry, severely impacting black and low-income voters. Their names were just gone. Even some of the people showed up, and a few of them couldn’t vote because the name on the voter rolls didn’t match their ID. For example, the rolls may say Dave, but their ID says, David. The recent example I gave about Dave vs. David is just one of the ways voters are disenfranchised, but there’s more. The purging process can also happen if a voter’s name matches, but their address doesn’t or if their birthday isn’t accurate. They will be removed from the registry. Instead of allowing voters to fix their mistake, they lose the opportunity to vote for that specific election.

Some states have “Use it or lose it” policies in cases where a voter doesn’t vote in the past few elections, they will be removed from the registry. They will then have to start the registration process all over. In April 2019, Oklahoma purged about 88,276 people who hadn’t voted in multiple elections from the voter rolls. Their information was removed just months before the election with no prior warning and without notice. They were given no opportunity to show up and re-register.

Almost all elections are held on a Tuesday. The concept of early voting is meant to give people who may have scheduling conflicts or family obligations or a legitimate reason preventing them from showing up on Tuesday a chance to vote earlier. However, some states try to limit, cut down on, or remove early voting opportunities, which leads to severely long lines and other adverse outcomes.  Now, about Voter ID Laws. Some states are very strict and require specific types of ID, making it harder for people to fill out, process, receive, and/or make simple changes on their ID. People who learn at the last minute that they need to make changes find it impossible to do so before an election. That’s one form of suppression.

Another type of suppression applies to people who have been to prison or charged with felonies who aren’t allowed to vote at all. Can you believe that?  There’s even more. Such as changing or closing voting locations at the last minute, closing ID offices before an election, spreading false information, intimidating voters, or making it difficult for people to register in the first place.

There are many different types of voter suppression. It’s important to remember and keep in mind that the act of voter suppression is a severe assault on our civil rights laws and a threat to accurate representation in our democratic process. Many people, from generation to generation, have fought for our right to vote today. Right now, our country has a lot of work left to do. One of the most important and simplest things you can take is to vote. Take some time to research your state’s voting laws so you can better understand your rights. Registration and voting should not be complicated. It should be simple. 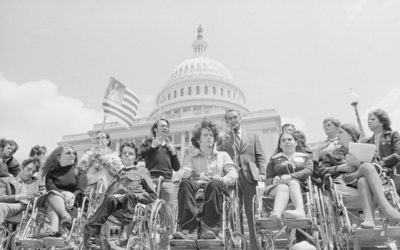